Another Bullish Pattern for the Agriculture ETF (Free) 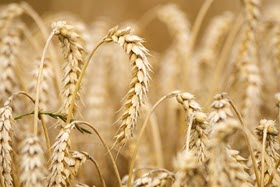 The DB Agriculture ETF (DBA) was featured in early October as it formed a large cup-with-handle pattern, which is a bullish continuation pattern. The ETF battled its resistance zone the rest of the month and broke out to new highs in November. Flash forward to January and we have a short-term consolidation and breakout working. 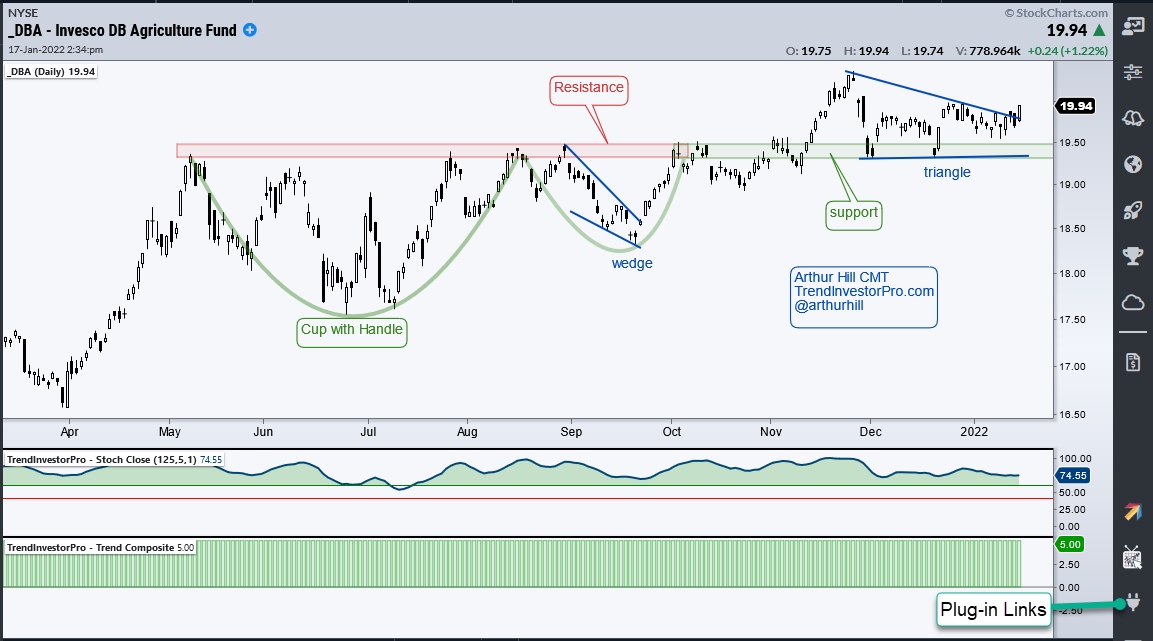 The DB Agriculture ETF extended its consolidation into January with prices holding above the resistance breakout. This is also a sign of strength because the breakout is holding. A triangle of sorts formed (blue lines) and DBA broke out with a bounce the last four trading days. This consolidation digested the gains from mid September to late November and represents a bullish continuation pattern, or rest within the uptrend. The breakout signals a continuation higher and new highs are expected.

TrendInvestorPro specializes in finding bullish setups within bigger uptrends in our core list of 129 ETFs. We also have a Composite Breadth Model for broad market timing as well as an ETF Ranking and Trend Signal Table. Click here for more information.

Note that StochClose (125,5) and the Trend Composite are two trend following indicators available on the TIP Indicator Edge Plugin for StockChartsACP (here)