The lack of new highs may seem like a concern, but one cannot talk about new highs without also looking at new lows because there are two sides to the story. We must weigh both sides for a true assessment.

The S&P 500 is within 2% of an all time high and there were just 28 new highs on Friday. There were over 100 new highs in early June, but new highs have not exceeded 50 since early September. There is an upside leadership issue within the S&P 500, but this alone is not reason enough to turn bearish. 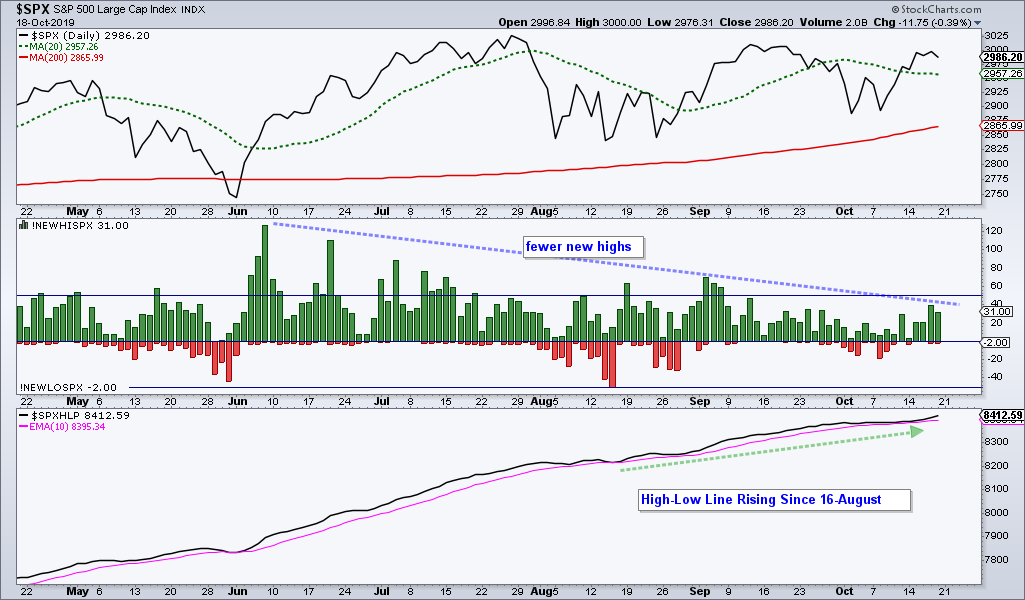 Today I want to expand on this concept with the High-Low Lines for the six largest sectors in the S&P 500. These indicators can be used to find the leading sectors and measure the overall health of the S&P 500. 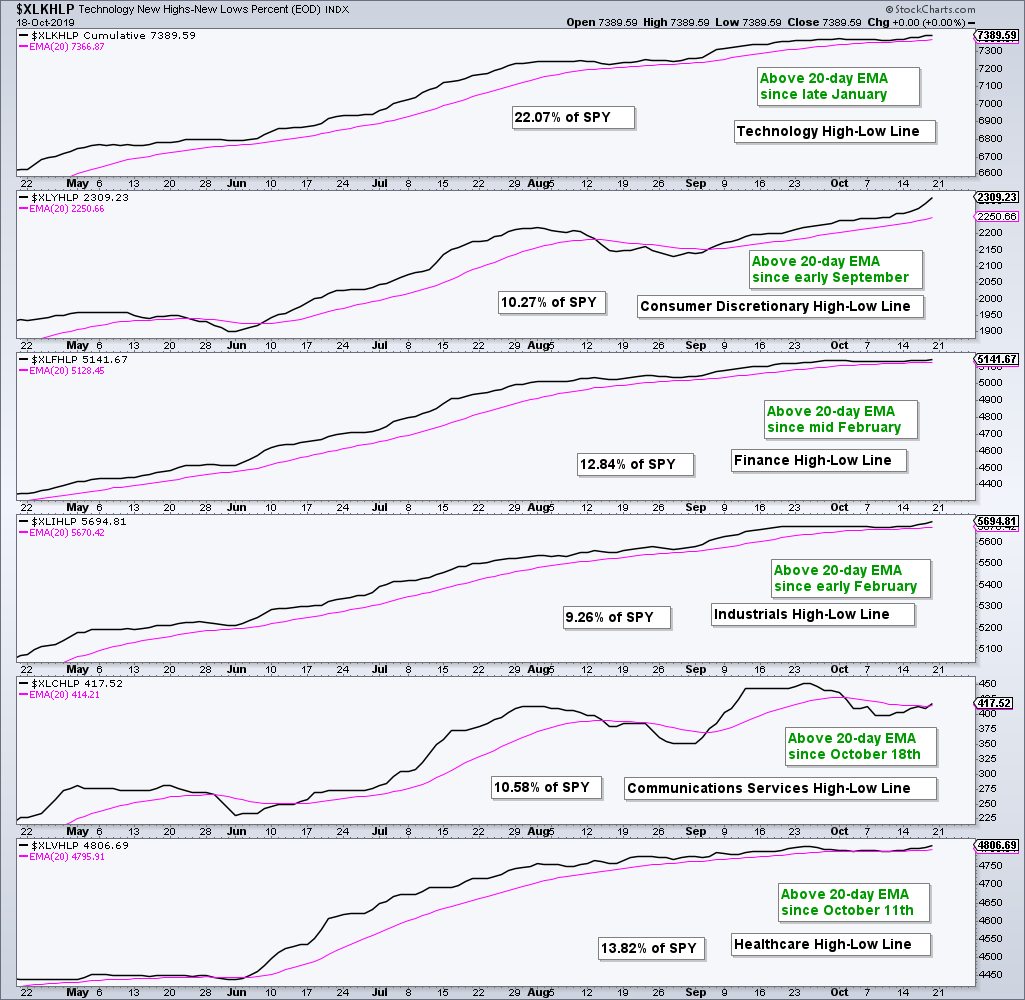 One cannot be bearish on SPY when the High-Low Lines for Technology, Industrials and Finance are rising and leading.

Putting it all together, the six big sectors account for 78% of SPY and this is more than enough to support an uptrend in the ETF. Of note, the Consumer Discretionary High-Low Line turned up quite sharply this week as new highs expanded in the sector. This is also a positive sign for the broader market.

Chartists looking to time these sectors and SPY can watch the High-Low Lines for signals. These signals are not very frequent and they can sometimes catch big trends, such as the uptrend in XLK since late January. At the very least, the direction of these lines tells us which side of the market we want to trade. Right now, this is the bullish side for SPY and the six big sectors.