The S&P 500 SPDR (SPY) was never in trouble this year and the Russell 2000 ETF (IWM) was never up less than 8% year-to-date. Small-caps surged out of the gate with IWM gaining around 17% the first two months of the year. This amalgamation of 2000 stocks then embarked on a long consolidation with a slight downward bias the next six months. Even at its lowest close (August 27th), lowly IWM was still up over 8% for the year. Not bad for eight months work.

The chart below shows IWM with the January-February surge and extended decline, which could be a corrective move after the big advance. Think two steps forward and one step backward. A big falling channel or wedge formed and IWM exceeded the September high here in November. Even though we do not see a clean and convincing breakout that would wipe out the wall of worry, the higher high is there and this is how uptrends start. Even a pullback back into the range would not be that negative (failed breakout) because a pullback after a 10% surge is pretty normal.

The indicator window shows RSI moving from bull range to bear range in early October 2018. The bull range is typically from 40 to 80, and the bear range is from 20 to 60. RSI has been locked in this bear range all year because momentum never really took off. An uptick in momentum could be the next step. A break above 60 would put RSI in its bull range and at its highest level since late September. This would also provide further evidence that the bull market is indeed broadening.

Small-caps underperformed large-caps during the six month midyear stretch because SPY continued higher from March to August and hit new highs in October-November. Relative weakness in small-caps did not derail the S&P 500 and we now have the possibility of a breakout in small-caps. Note that the S&P MidCap 400 SPDR (MDY) already hit a 52-week high.

Now let’s look at SPY, which serves as my main barometer for the stock market. SPY surged to a new high in April, but did not hold this “breakout”. Big deal. It was not really a breakout and a pullback after a 20+ percent surge is perfectly normal. The April high was, in fact, a 52-week high, and 52-week highs are bullish. SPY went on to record new highs in June and July, and then embark on a consolidation, which is also normal. Yes, these advance-correct and advance-consolidate sequences are normal for uptrends. 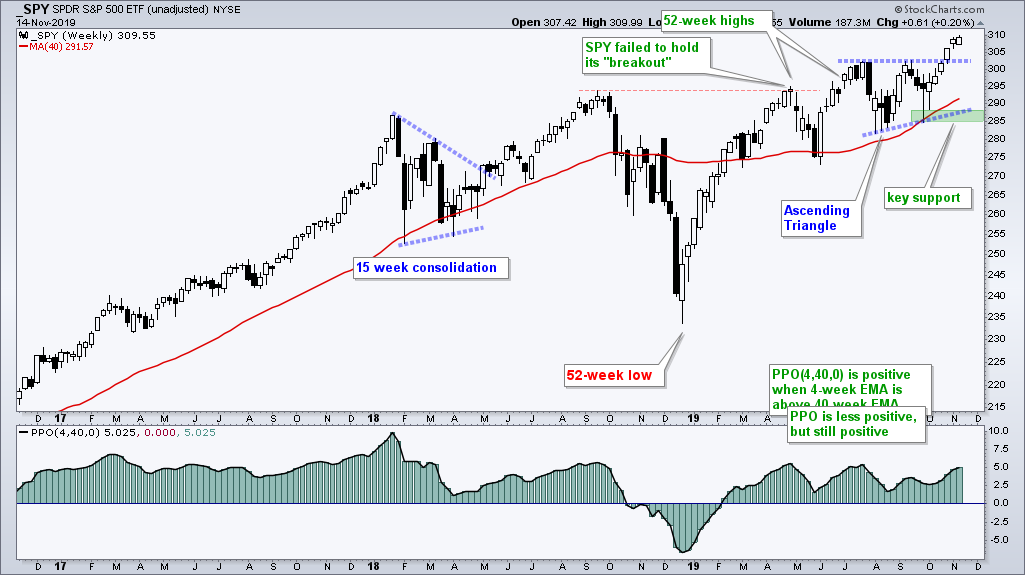 We are in a bull market. Trade accordingly. Speaking in probabilities, expect more bullish resolutions than bearish resolutions, look for bullish setups, ignore bearish setups and stay on the right side of the trend.

There is no change in the Index Breadth Model, which remains firmly bullish. Eight of the nine indicators are on active bullish signals. S&P 600 SmallCap High-Low% ($SMLHLP) is the only indicator with an active bearish signal (since October 2018!). A move above +10% is needed to reverse this signal. The S&P 500 has been net bullish since early February and the model as a whole has been net bullish since early September. Large-caps are leading overall, but the bull market in stocks started broadening in early September and the weight of the evidence is clearly bullish.

The lack of new highs has been an issue for some time now and is just part of the wall of worry narrative. I have a news flash! There is ALWAYS something to be worried about and there is ALWAYS something that gives us cause for concern. Our job, as technical analysts, is to filter the noise and weight the evidence. Turn off the TV’s and talking heads, and tune into the evidence. New highs are not what they were in 2017 and 2018, but the high-low indicators are still more bullish than bearish.

The number of stock making new highs has been a lagging link in the breadth indicators this year. While the S&P 500 trades at a new high, the number of new highs within the index has yet to exceed 100 and get back to the levels seen in June. The number of new high in the S&P Small-cap 600 and S&P MidCap 400 is also inspiring and well below the levels seen in 2017 and 2018. This may be changing as new highs expanded in the small-cap universe over the last few weeks. 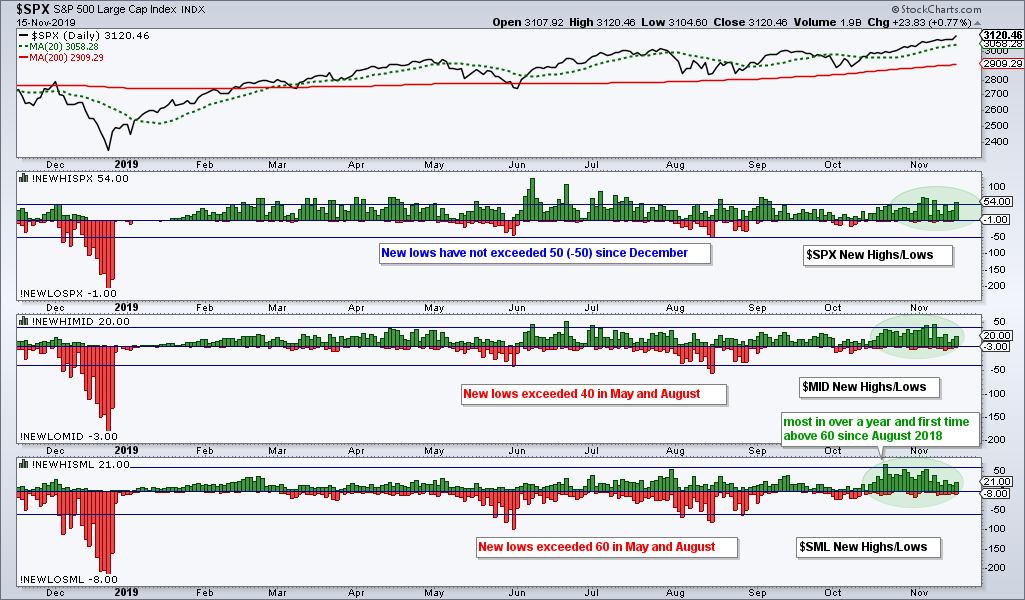 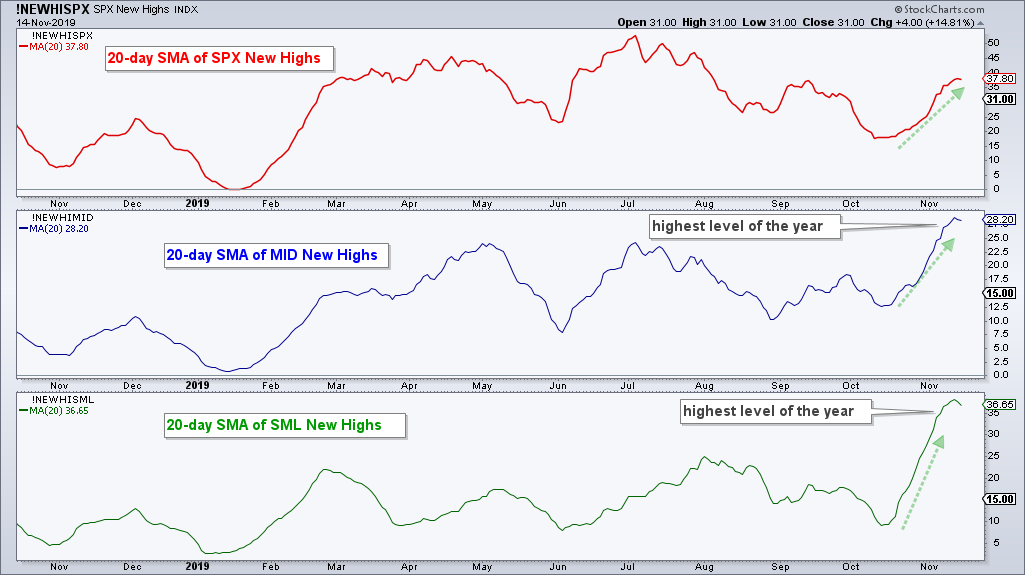 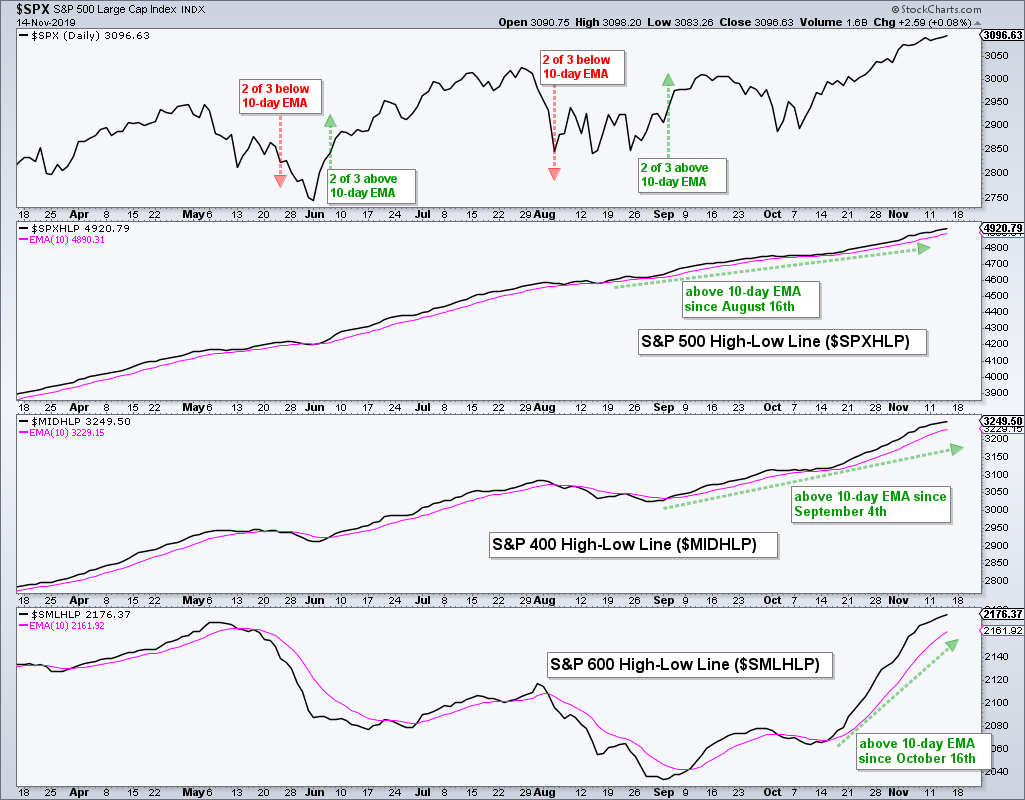 The number of new highs within small and mid caps is still below the levels seen in 2017 and early 2018, but this is a good start. 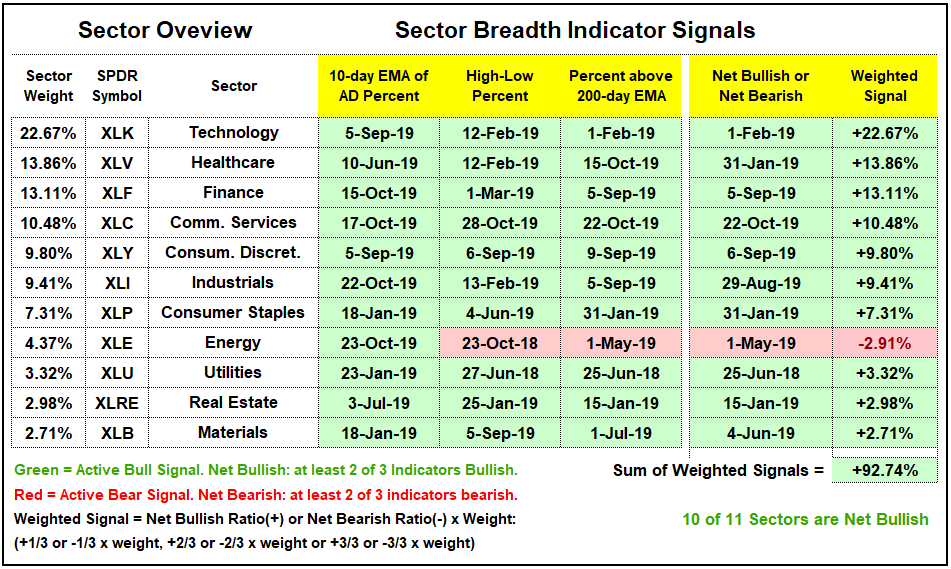 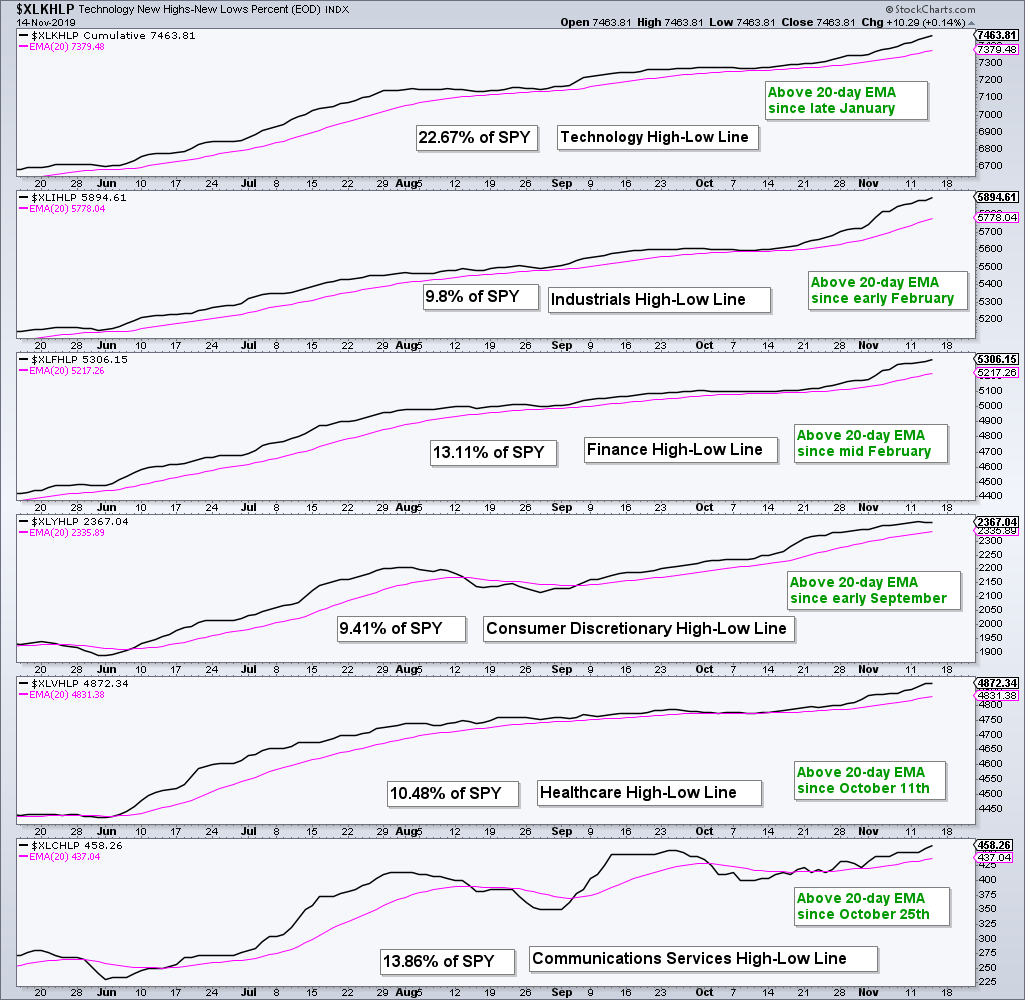 Total assets on the Fed balance sheet and the System Open Market Account (SOMA) expanded again this week. The chart below shows Total Assets turning up in early September and rising sharply over the last 10 weeks. This is hockey stick sharp. The middle window shows SOMA increasing seven of the last ten weeks. Notice that the increases over the last four weeks were especially large. Technical analysts are not in the business of understanding why, even though narratives are interesting to ponder. It is what it is: more bullish for stocks than bearish. 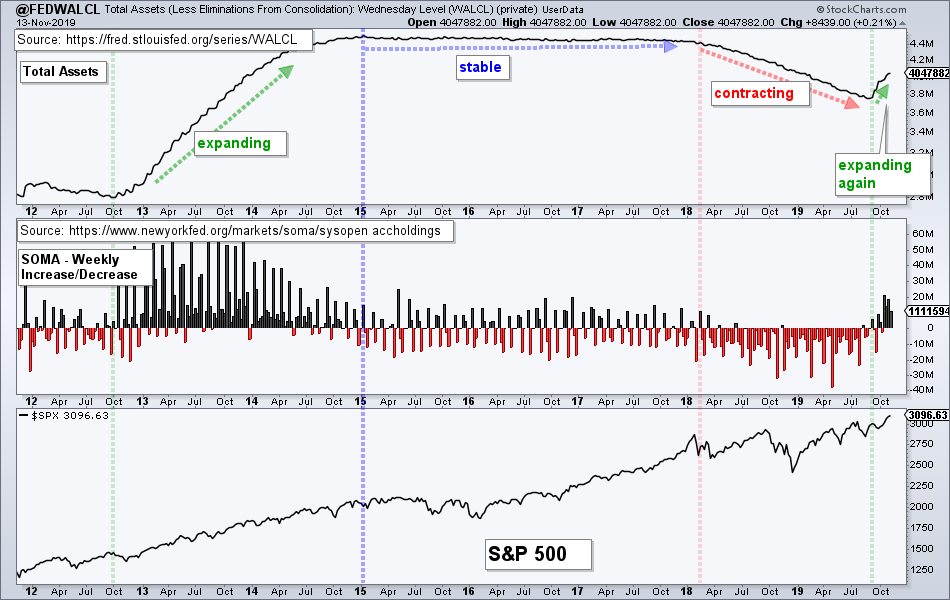 The weight of the evidence is clearly bullish for stocks. The index and sector breadth models are firmly bullish, the High-Low Line lines for the main indexes and sectors are rising, the offensive sectors are leading and the Fed is accommodating. We are also seeing a shift back to momentum with the S&P 500 Momentum ETF (MTUM) up 5% the last six weeks and the S&P 500 Minimum Volatility ETF (USMV) up just 2%.

The breakout in the S&P 500 is relatively fresh, a mere three weeks old. Mid-caps and small-caps joined the breakout parade with higher highs in November. These are the first higher highs in IWM and MDY since early May. Don’t worry about a failed breakout if stocks pullback over the next 1-2 weeks. IWM and MDY surged seven to nine percent in October and they are entitled to a rest or pullback. Pullbacks in bull markets are opportunities, not threats.

That's all for today. Thanks for tuning in!