Note that there are no new stock setups today because the S&P 500 signaled the start of a correction. Bullish setups work better when the S&P 500 is in a bull market and NOT in correction mode. 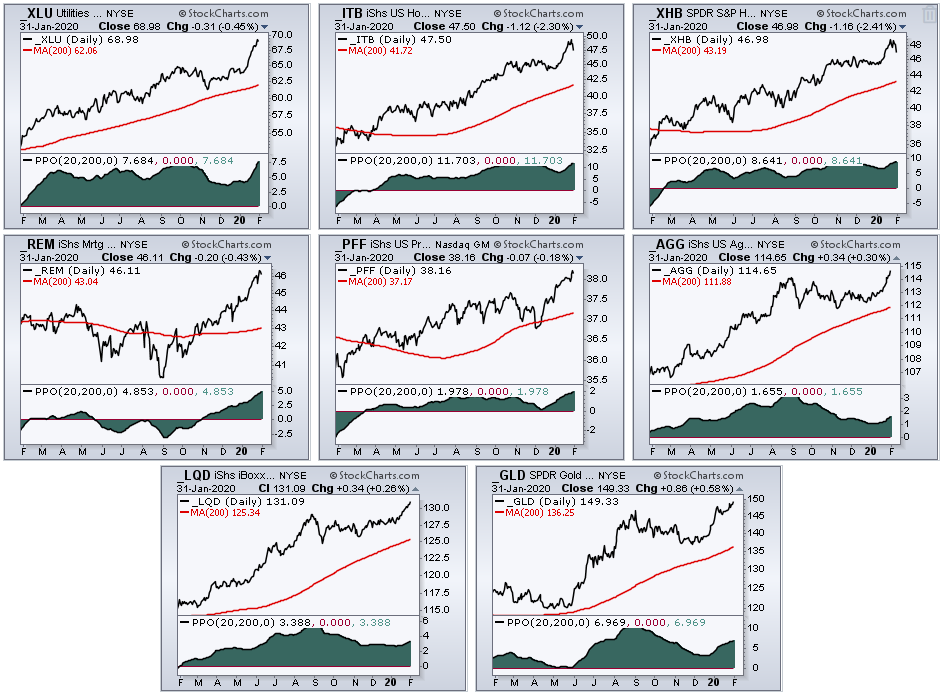 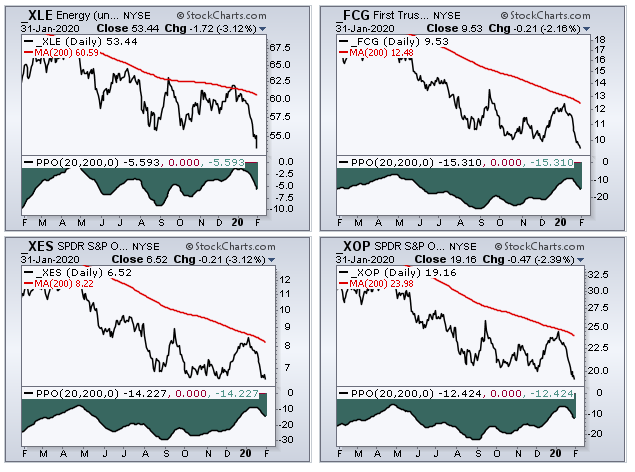 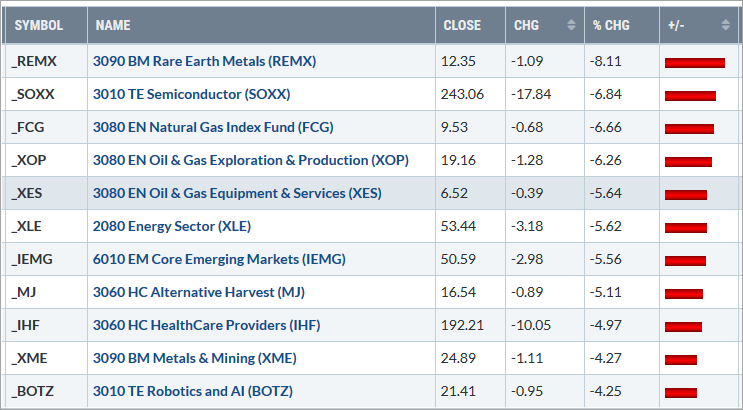 On the weekly chart, SPY formed a harami near 330 and then declined over 2% this week. This decline confirms the harami, which is a bearish candlestick pattern. Keep in mind that candlestick patterns are only valid for a few bars/weeks. In any case, the confirmation signals the start of a corrective period. SPY was up some 15% from early October to late January and a retracement of this advance is perfectly normal. A 5% decline would extend to the 316 area, while a 10% decline would extend to the 301 area. The rising 200-day SMA is currently around 301. Click here for an article in video showing the excesses in January and the current correction targets. 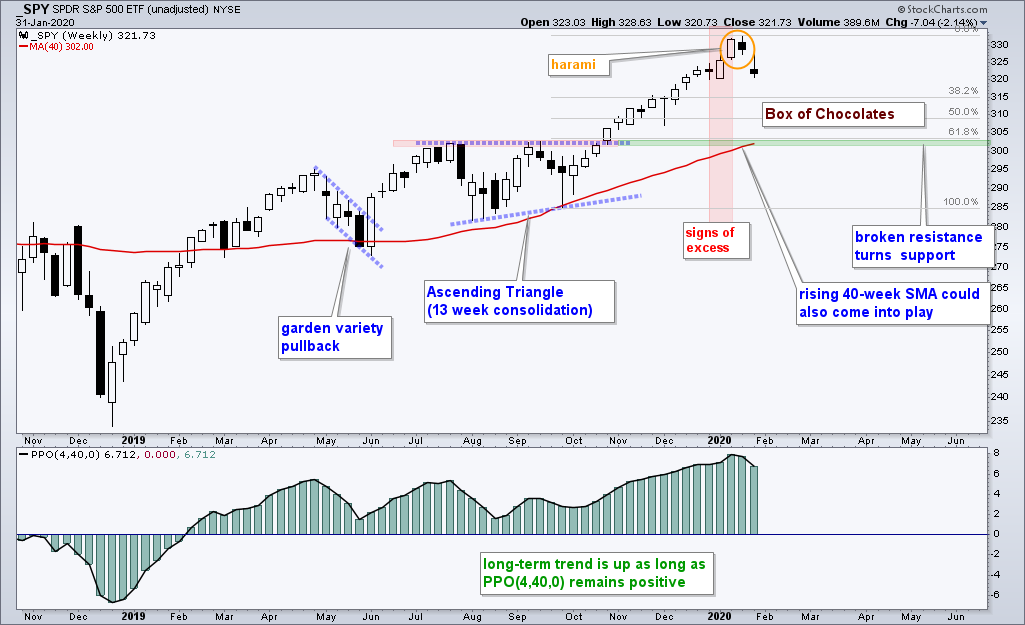 I consider this a correction within a bigger uptrend or bull market for 3 reasons. First, the S&P 500 is above its rising 200-day SMA. Second, the 20-day SMA is above the 200-day SMA. Third, the Index and Sector Breadth models remain bullish. As far as I am concerned, the big trend does not reverse and a bear market does not start until these three indicator groups turn. As such, declines are viewed a corrections when the bigger trend is up.

The three short-term indicators triggered bearish on the daily S&P 500 chart. The 2-day Average True Range (ATR) moved above 30 on Friday (24-Jan) to signal an uptick in volatility. The 1-day Rate-of-Change moved below -1% on Monday (27-Jan) to signal an outsized decline and the most selling pressure since October. The S&P 500 %Above 20-day EMA (!GT20SPX) also moved below 50% on Monday. These three signal that the short-term uptrend reversed and a correction is underway.

For the first time since August, Advance-Decline Percent for the S&P 500, S&P MidCap 400 and S&P SmallCap 600 exceeded -80%. This means more than 90% of all stocks in each index declined on Friday. This is the first such occurrence since August 23rd. The May and August corrections started with triple 90% down days and it took three to four weeks for the market to end its corrective period. 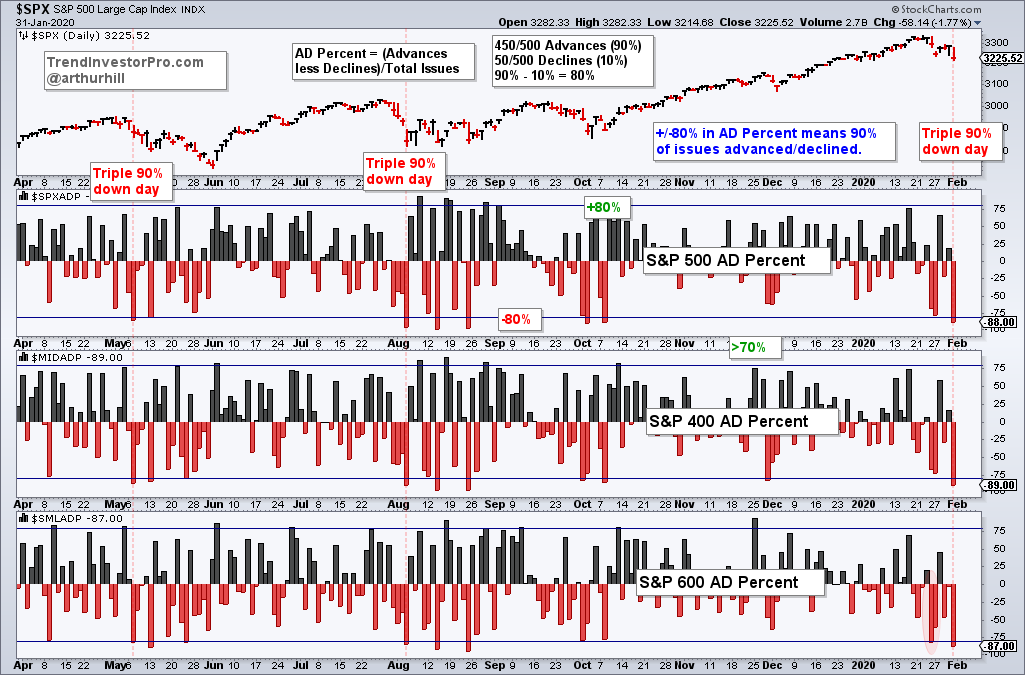 The Russell 2000 ETF (IWM) and S&P SmallCap 600 SPDR (IJR) led way lower over the last 10 days with declines that exceeded 5%. XLE and XLB are the only sector SPDRs trading below their 200-day SMAs, and XLE is the only sector to hit a new low. XLU was the only sector with a gain this week. 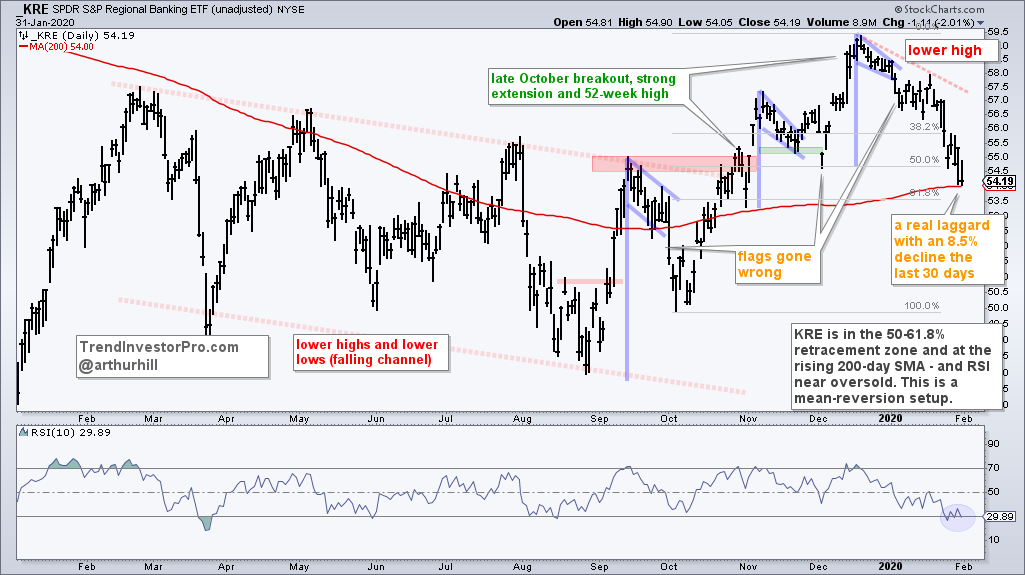 I count at least 10 ETFs that are oversold (RSI(10) near 30) and above their rising 200-day SMAs. They are also near key retracement levels and some are near broken support levels. These include XLV, IJR, IBB, IWM, ETA, IHF, MDY, KRE, KBE and XBI. The broader market is also setting up for at least a bounce, but I do not think this bounce will mark the end of the corrective period. Thus, traders looking to play a bounce will need to be extra vigilant. Make a plan before you consider a trade and then trade according to that plan! 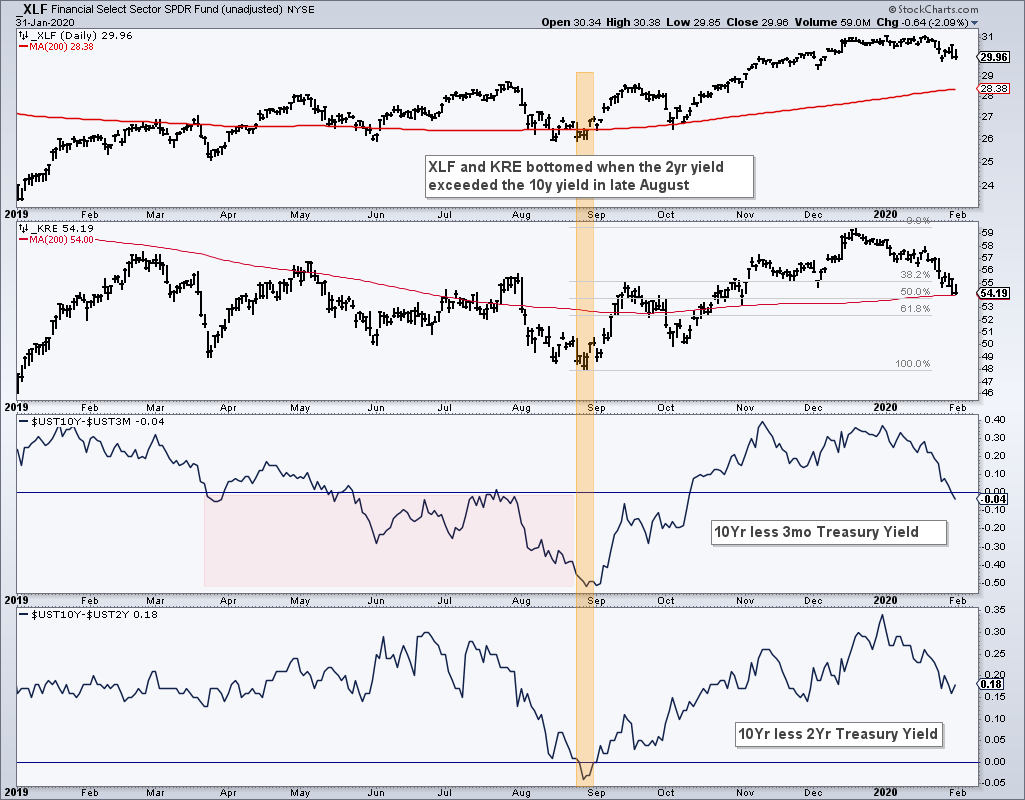 The Biotech ETF (IBB) and Biotech SPDR (XBI) underperformed in January with lower highs and sharp declines. However, both are near their 38% retracements and short-term oversold with RSI(10) near 30. This could pave the way for a mean-reversion bounce.

The Gold Miners ETF (GDX) is holding its small wedge breakout, but has yet to extend on the breakout. GDX is still made up of stocks and is not a PURE play on gold. The Gold SPDR (GLD) extended on its small consolidation breakout and hit a new high. The Silver ETF (SLV) surged and then consolidated. A consolidation after a surge is typically a bullish continuation pattern. The ETF is quite volatile as its industrial-metals side pulls it down and its precious-metals side pushes it higher.

The US Dollar Index ($USD) fell back below its rising 200-day SMA on Friday. The Dollar has gone nowhere for a year and, to be perfectly honest, I have not clue where it is going.

PrevPreviousMarket Timing Models
Bears Fire a Shot as Risk Ratios Turn
NextAnother Triple 90% Down Day – What is it and what does it mean? (with video)Next
Menu
Subscribe
Twitter Youtube Linkedin