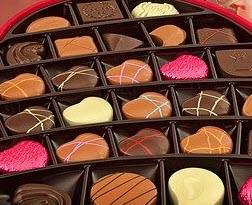 Signs of a correction were building for some time and it now appears that the long awaited corrective period is here. The S&P 500, in particular, is following the script from January 2018 quite closely. After a steady advance from October to December, signs of excess started appearing in mid January. We are now seeing signs of a short-term reversal that would signal the start of a corrective period. Let’s look at the details.

Note that TrendInvestorPro has been following this advance, excess and correction theme since December 20th (Premium). The chart below shows weekly candles for the S&P 500 SPDR over the last three years. After a steady advance from September to December 2017, two items showed this advance moving into the “excess” stage in January 2018. First, SPY formed three outsized candlesticks and the weekly gained exceeded 2% in two of the four weeks (red shading). 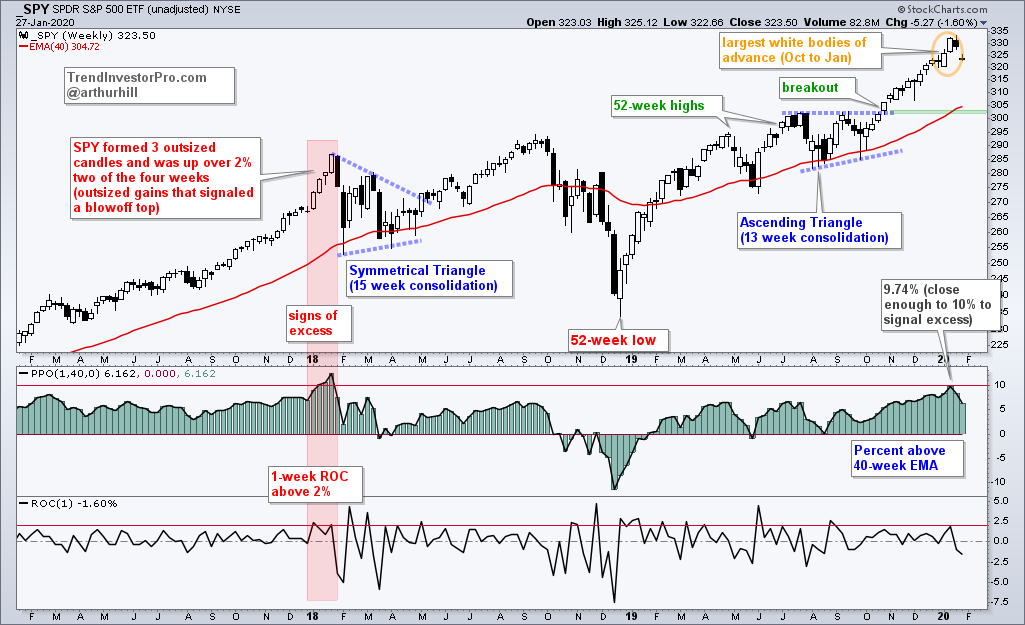 At this point, I am not turning long-term bearish because my breadth models remain bullish and SPY is well above its rising 200-day SMA. Keep in mind that SPY was up some 15% from early October to mid January and a corrective period at this stage would be perfectly normal. Unfortunately, we do not know what form a correction might take because corrections are like a box of chocolates: you never know what you are going to get.

Unfortunately, we do not know what form a correction might take because corrections are like a box of chocolates: you never know what you are going to get. We could get a shallow pullback, a deep retracement, a trading range, a falling wedge/channel or the dreaded surprise. Yuck!

This weekend at trendinvestorpro.com, I expanded on the correction thesis and offered targets for the S&P 500. In particular, we saw a clear progression towards defensive names from late December until mid January. This culminated with a breakout the 20+ Yr Treasury Bond ETF on January 15th.