Another Triple 90% Down Day – What is it and what does it mean? (with video) 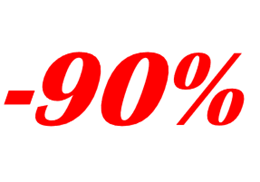 Selling pressure was extremely broad in Friday with all sectors declining and more than ninety percent of stocks in the S&P 500, S&P MidCap 400 and S&P SmallCap 600 declining. While this kind of broad selling pressure creates a short-term oversold condition, it also reflects a change in market dynamics and points to a corrective period ahead.

A 90% down day occurs when 90% of all stocks in a particular index decline. Chartists can measure this indicator using the Advance-Decline Percent indicators at StockCharts. A reading below -80% means more than 90% of stocks in the index declined on the day. Here is an example calculation for the S&P 500 on Friday: 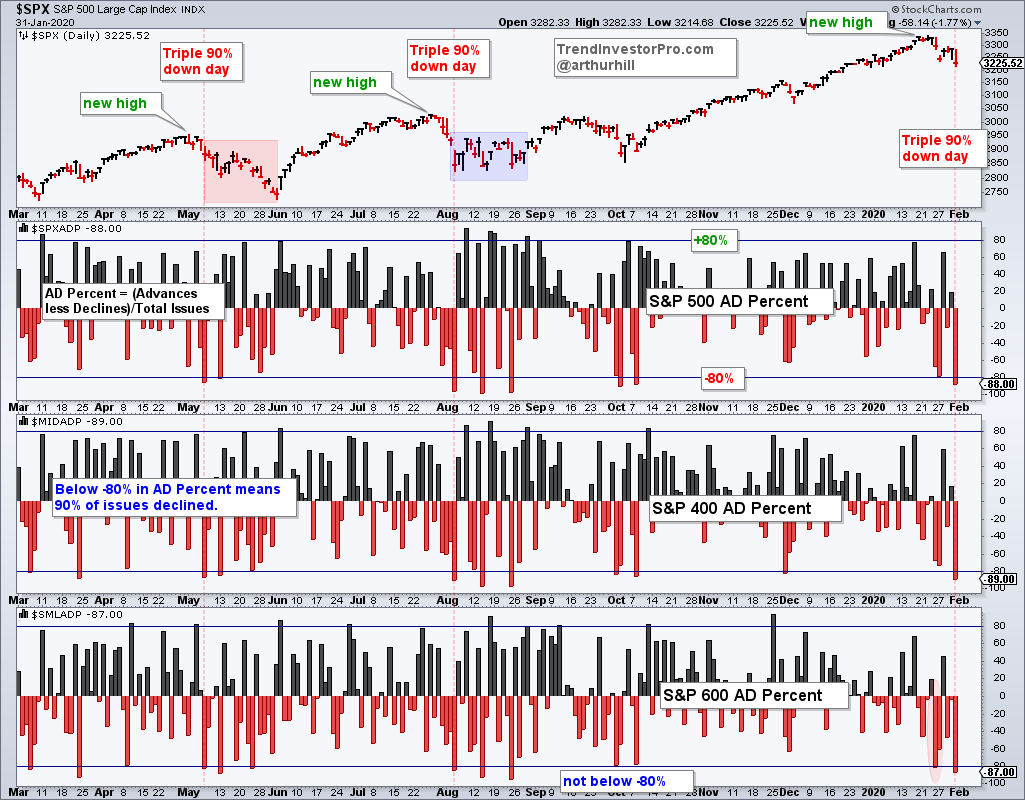 These bearish breadth indications are not long-term problems and not enough to fully derail the bull market. Nevertheless, past performance suggest that we have at least three weeks of instability ahead.