Broad Selling Pressure, but Not Enough to Tip the Scales 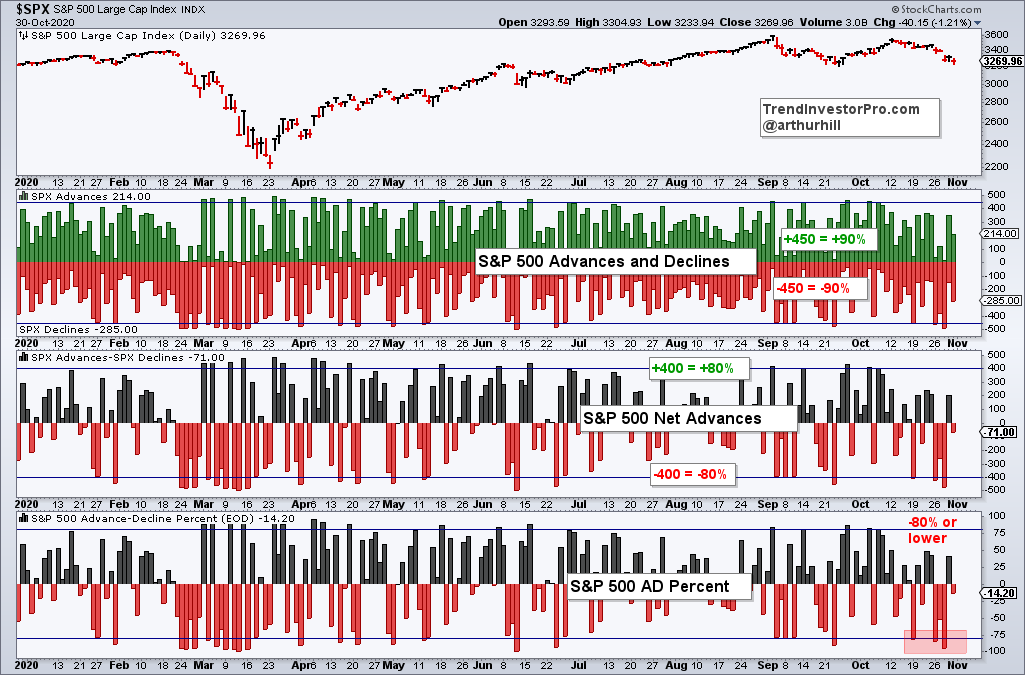 Daily AD% readings can be quite noisy with regular moves above +80% and below -80%. A string of such moves can provide a signal or we can apply a moving average for smoothing. The next chart shows a 10-day EMA of AD%, which I cribbed from Marty Zweig, who also used a 10-day EMA for his breadth thrust indicator. A move above +30% triggers a bullish breadth thrust, while a move below -30% triggers a bearish breadth thrust. As the chart below shows, there was a bearish thrust on February 25th and a bullish signal on April 29th. 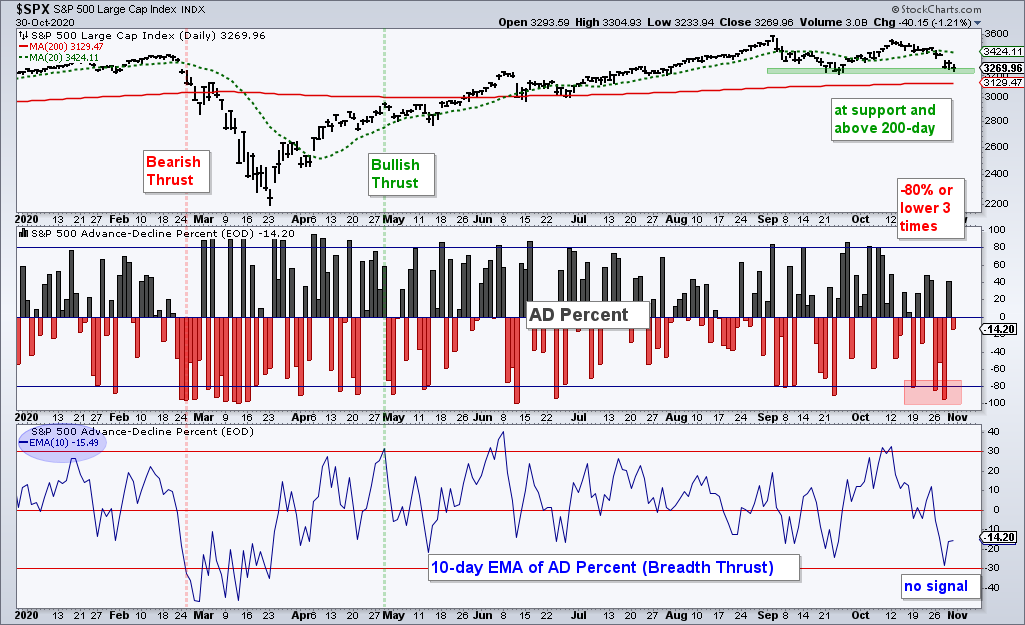