A Dozen Books that Influenced my Analysis Process, Understanding of Markets and Trading Mindset (Free) 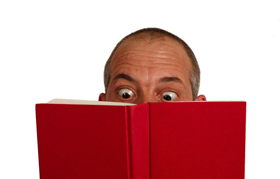 While there are too many influences to list in one post, this commentary features a dozen books that helped me over the years. These books cover technical analysis, trend-momentum strategies, insights from great traders and the mindset required to stay in the game.

Starting with the basics, we first go to Charles Dow and lay the ground work for Dow Theory, which forms the foundation for technical analysis. The second book, which was written way back in 1923, is perhaps the best trading book ever written, and the one book every trader/investor should read. The third book is the tome of technical analysis written from a trader’s perspective.

The next books get into more specifics. The Market Wizards series features in-depth interviews with top traders over the last 30 years. The books by Andreas Clenow dive into the world of quantitative analysis with a focus on trend-following and momentum. Two books deal with volume, but not in a positive sense because the nature of volume has changed over the years. We end with three books on the psychology of trading, money and sport.

In the interest of full disclosure, each book title and image contains an Amazon affiliate link, which means I receive a small commission if purchased. These funds will be use to buy more books and provide more reviews in the future. 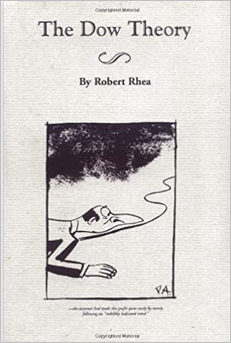 Where it All Began

Charles Dow is the father of technical analysis on Wall Street. Writing for the Wall Street Journal at the turn of the century (~1900), Dow wrote over 200 editorials that later became the basis for Dow Theory. Robert Rhea studied the editorials of Charles H. Dow and William Peter Hamilton, the fourth editor of the WSJ, and derived Dow Theory.

Many of the tenets and principles of Dow Theory remain valid in today’s market. There are three market movements (primary, secondary, short and the market trends have three psychologically-driven phases. The stock market DISCOUNTS all news, which means all known information is already reflected in prices so don’t think you know more than the next person. And my personal favorite: neither the length nor the duration of a trend can be forecast. 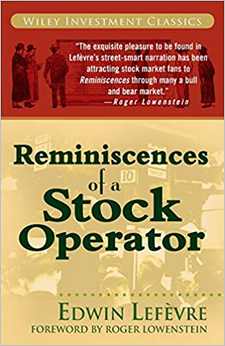 The Book Most Recommended by Professionals

Jack Schwager asked traders featured in the first Market Wizards books for a book that influenced them or helped them learn about the markets. Reminiscences of a Stock Operator was, by far, the most cited book.

Despite being published in 1923, this book is as timeless as it gets. In fact, Jesse Livermore says so himself: “There is nothing new in Wall Street. There can’t be because speculation is as old as the hills. Whatever happens in the stock market today has happened before and will happen again”. How’s that for insight.

Livermore‘s wisdom and axioms are as valid today as they were some 100 years ago. Livermore did not say the trend is your friend, but he did suggest that traders should buy rising stocks and sell falling stocks. He did not mention momentum per se, but he did say that it was never too late to begin buying (selling) a stock. Livermore talks about trading the strongest stocks in the strongest industries, never averaging down, never sell a stock because it’s price seems to high and patterns repeat.

Not only is the book educational, but it also reads well with plenty of anecdotes and stories. This book is for newbies, seasoned veterans, traders and investors. Moreover, it is one you will want to read again and again.

If you have already read this book and want further insight, Jon Markman published an annotated version with added commentary and insights on the life and times of Jesse Livermore. The original is enough to enhance your trading and understanding of the market. The annotated version is for those who want more insight on the historical backdrop and key concepts in the book. This is perhaps better for newbies. 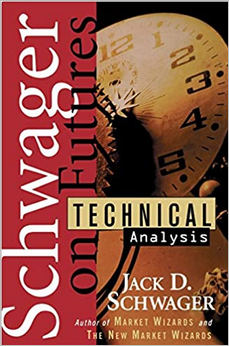 Technical Analysis from a Trader’s Perspective

This is one book that covers all bases: trends, patterns, candles, cycles, oscillators, trading strategies, performance metrics and trading rules. Schwager approaches technical analysis from a trader’s perspective in this comprehensive tome. He starts with charting basics covering trends, trading ranges, support/resistance and patterns. Steven Nison covers the candlestick basics and Thomas Bierovic covers oscillators. Schwager takes technical analysis a step further with real world trading examples. This book then dives into trading systems, trading approaches and performance metrics. The tome ends with 82 trading rules and market observations, most of which are just as relevant today as they were in 1995. 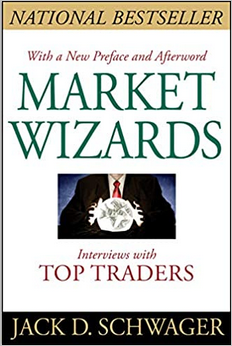 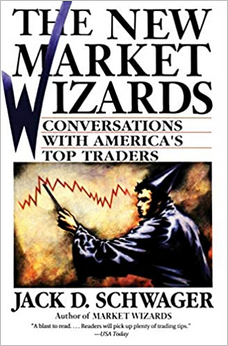 There are now five books in this series, but the first two are still my favorites. The first Market Wizards book, which was first published in 1989 and updated in 2012, features legendary trend-followers Richard Dennis, Ed Seykota and Larry Hite. Schwager has a special section on stocks that features William O’Neil of IBD and champion trader Marty Schwartz. This book also includes the legendary home-run hitter and macro trader Paul Tudor Jones.

New Market Wizards features over a dozen top traders employing a variety of styles. This is the basic gist of the entire series: there are many ways to succeed in this game and one style does not fit all. This book features William Eckhardt, a mathematically-driven futures trader who partnered with Richard Dennis to create the turtle trader program. Macro trader Stanley Druckenmiller shows how he profits from the big picture, while Victor Sperandeo shows why psychology and risk control are the most important aspects of trading. This edition also features Tom Basso, Linda Bradford Raschke and Mark Ritchie.

Each Market Wizard books contains a summary at the end by Jack Schwager. This is where Schwager emphasizes key points from the various traders and also expands on common traits. This section invariably covers the need for an edge, hard work, a clear methodology, money management and a trading plan. 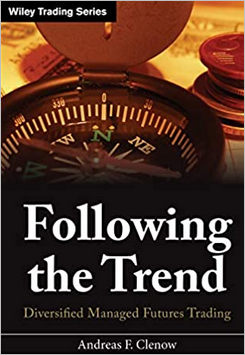 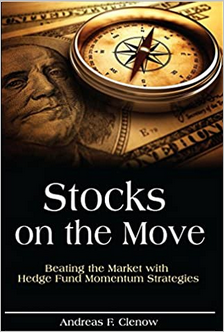 Andreas Clenow is a hedge-fund manager and systematic trader. His first book, Following the Trend, shows how to replicate trend-following CTAs using diversified futures. The book provides detailed rules, expands on the virtues of diversification and sets realistic expectations. The system is not that difficult. Following the system through thick and thin, however, is.

Clenow’s second book, Stocks on the Move, turns to trend and momentum strategies using stocks in the S&P 500. Again, Clenow lays out rules for momentum ranks and position sizing. I doubt that the average trader/investor could implement such a system, but there is a lot to learn from reading this book, especially if you are relatively new to momentum strategies.

Both books are written with the “average” trader/investor in mind, especially the second book. There is a bit of math with the exponentially smoothed linear regression, but most of us should be able to understand the key concepts presented. 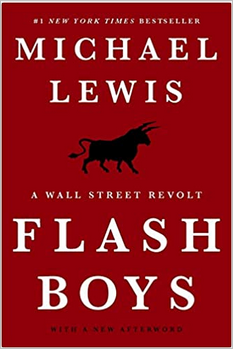 Volume Ain’t What it Used to Be

Dark Pools: The Rise of the Machine Traders (2013)
Scott Patterson

I stopped using volume a long time ago because it did not add value to my signals. Basically, signals that required some sort of volume confirmation were missed. An advance is an advance and a decline is a decline, regardless of volume. We do not make less money if the advance is on low volume. Price is what really matters.

Categorically, I do not use total exchange volume as an indicator because a good portion of trading occurs outside of the exchanges (dark pools). Furthermore, high-frequency trading (HFT) can distort volume figures and make them relatively useless. Some estimates suggest that up to 50% of trading volume is driven by HFT and computer-driven strategies.

Dark Pools and Flash Boys provide great accounts of machine trading, HFT, dark pools and more. Both books point to a rigged market, but I do not completely buy into this notion. Yes, the big firms have an edge over the small investor/trader, but price is still price and charts are still charts. Arbitrage ensures that exchange prices remain in line with dark pool prices. 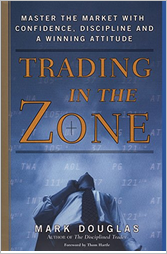 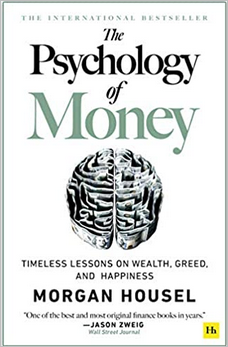 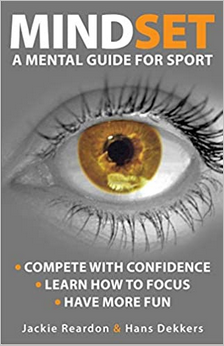 The Psychology of Trading, Money and Sport

Trading in the Zone (2000)
Master the Market with Confidence, Discipline and a Winning Attitude
Mark Douglas

Trading is a tough game and it is vitally important that we develop the right mindset. Not only do we need a strong game plan, but we also need the right mindset to carry out this game plan. Most traders view their short-comings as a lack of analysis prowess. Douglas, on the other hand, believes that the mental state is what separates successful traders from unsuccessful traders. Most importantly, traders must learn to accept risks in order to successfully take risks. Douglas shows how to think in terms of probabilities, how to define risks and how to execute a strategy with confidence. This books provide an excellent blueprint for managing the psychological aspects of trading.

The Psychology of Money (2020)
Timeless Lessons on Wealth, Greed and Happiness
Morgan Housel

The Psychology of Money is a book that should be required reading for everyone, especially my 18 year old self. There is nothing really new in this book, but it is well written with short chapters devoted to various aspects of money. A few key points include:

I am going on a little tangent with the book Mindset. However, trading is a lot like competitive sport, especially competitive sports where the mental game is important, such as tennis, which is very near and dear to my heart. The mental game is often the differentiating factor between the top tennis players and the rest of the field. The top performers are able to maintain the right mindset in the midst of a challenging match, after a bad call or after an unforced error. This is also true for trading. Traders go through slumps, experience losses and get caught on the wrong side of an event. Tennis players and traders need the right mindset to be able to shake it off and move forward with confidence. Mindset shows competitive athletes how to stay relaxed, focused and confident under all circumstances.