The total number of new highs in the S&P 500, S&P MidCap 400 and S&P SmallCap 600 continues to underwhelm. Even so, new highs are still outpacing new lows and this is enough to keep the uptrend since late March going.

The first chart shows new highs and lows for the three indexes with horizontal lines at the 10% level (e.g. 50 and -50 for the S&P 500). New highs in the S&P 500 exceeded 50 in mid July, but remain well below the levels seen in December, January and February (green zone). New highs for the S&P MidCap 400 have yet to exceed 40 and new highs for the S&P SmallCap 600 have yet to exceed 60. Again, mid-caps and small-caps are lagging overall. 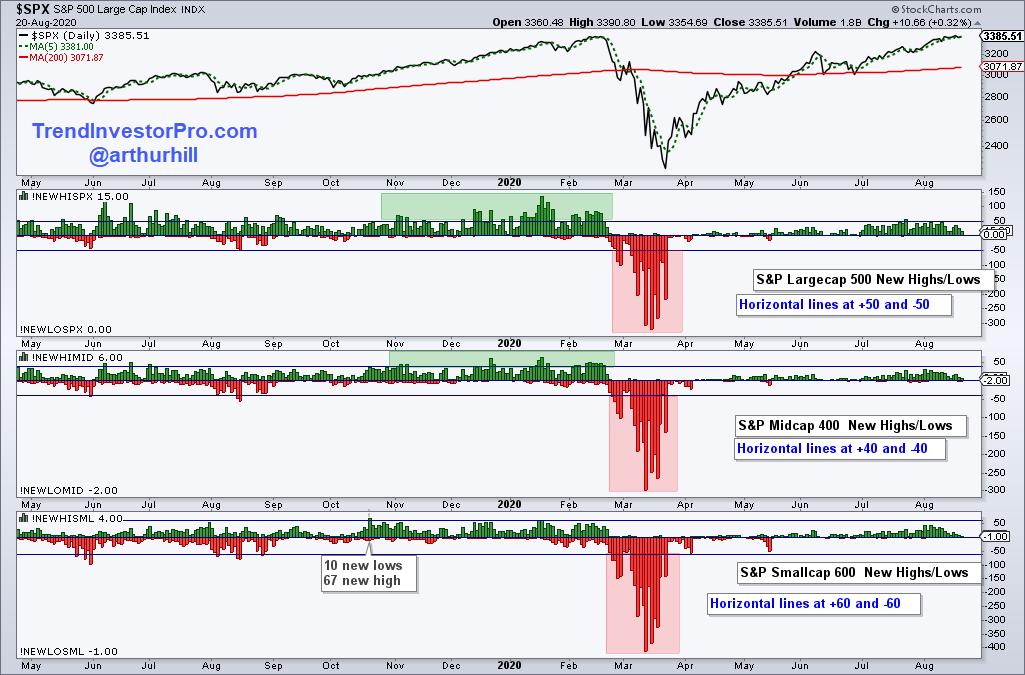 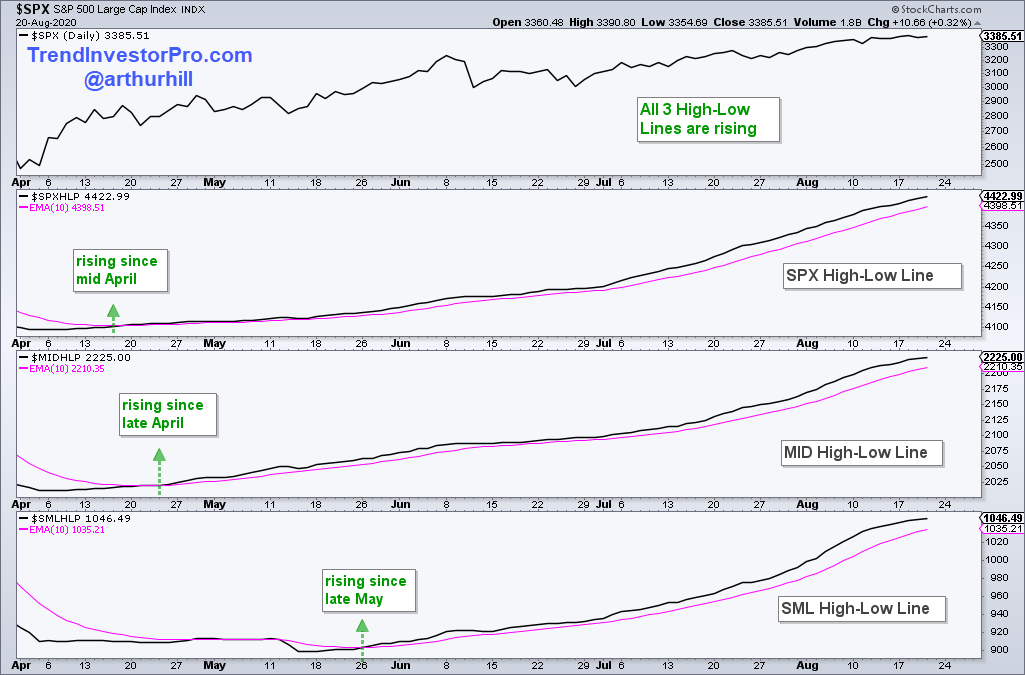 Looking for more breadth indicators? Subscribe to trendinvestorpro.com and get the Essential Breadth Indicator ChartList. This list contains over 100 charts with dozens of breadth indicators. It is organized by index, sector and breadth group. This makes it easy to analyze the breadth indicators and separate the leaders from the laggards.