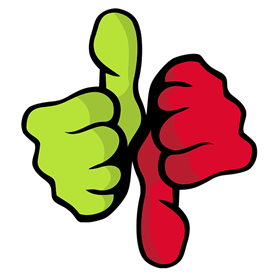 The 20+ Yr Treasury Bond ETF (TLT) threw a tantrum this week with the biggest two day decline since March 2020, which was a very chaotic month. With a sharp decline in bonds, the 10-yr Treasury Yield broke above its summer highs and the bulls stampeded into the Regional Bank ETF (KRE). Even though KRE remains in a downtrend since March, we are seeing early signs of a bottom and a channel breakout would be bullish.

The top chart shows TLT retracing half of the August-March decline with a move to the low 150s in mid July. TLT consolidated in this area with a pennant and even broke out with a surge in mid September. This breakout looks like it is failing and a support break at 145 would complete the bearish reversal. A bearish reversal at this stage implies that the August-March decline is the primary trend (down) and the March-July advance is a secondary trend, or a corrective advance. A breakdown would argue for a continuation of the primary downtrend and target a move below the March low. This would also imply higher Treasury yields. 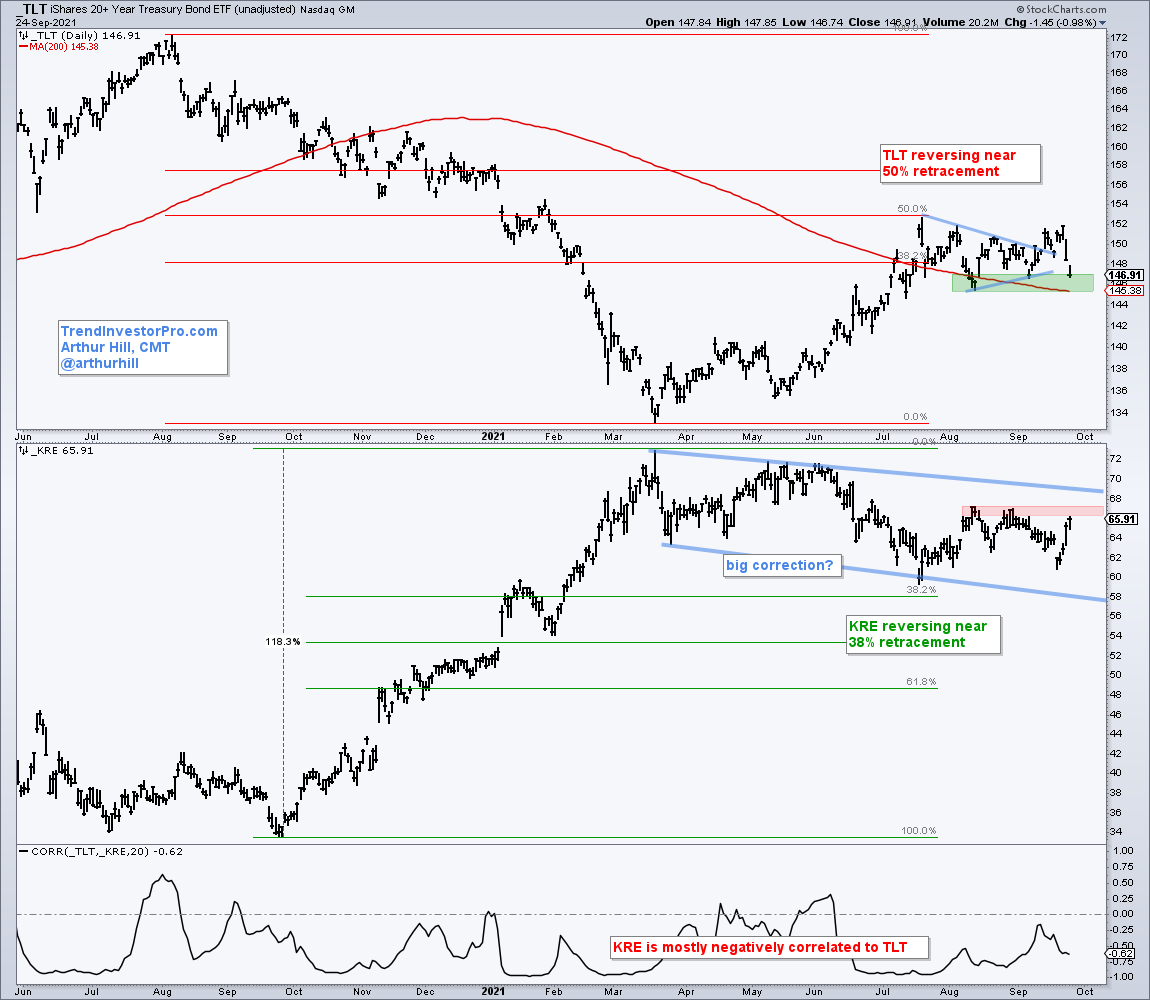 The KRE price chart is pretty much a mirror image of TLT, which implies a negative correlation. Notice how KRE rose as TLT fell (Aug 2020 to Mar 2021) and KRE fell as TLT rose (March to July). The decline in KRE formed a large falling channel that retraced around 38% of the prior advance (118%). Both the pattern and the retracement amount are typical for corrections within bigger uptrends. Thus, a breakout in KRE would end the correction and signal a resumption of the bigger uptrend. A lot depends on TLT and Treasury yields. Further weakness in TLT would be bullish for KRE and provide a tailwind.

TrendInvestorPro specializes in trend identification and finding short-term bullish setups within the bigger uptrend. Using StochClose, the Momentum Composite, RSI and classic pattern analysis, we monitor a core ETF list with over 120 names to bring you trend signals and mean-reversion setups. Click here to take your analysis process to the next level.