A Bollinger Band Breakout or the Dreaded Head Fake? 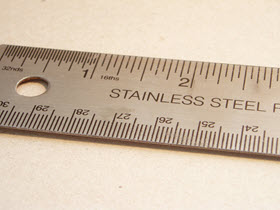 There were a number of Bollinger Band squeeze plays over the last two weeks and also a number of breakouts. These breakouts are bullish until proven otherwise, but chartists should also be aware of the head fake. In his book, Bollinger on Bollinger Bands, here’s how John Bollinger puts it:

Traders beware! There is a trick to The Squeeze, an odd turning of the wheel that you need to be aware of, the head fake. 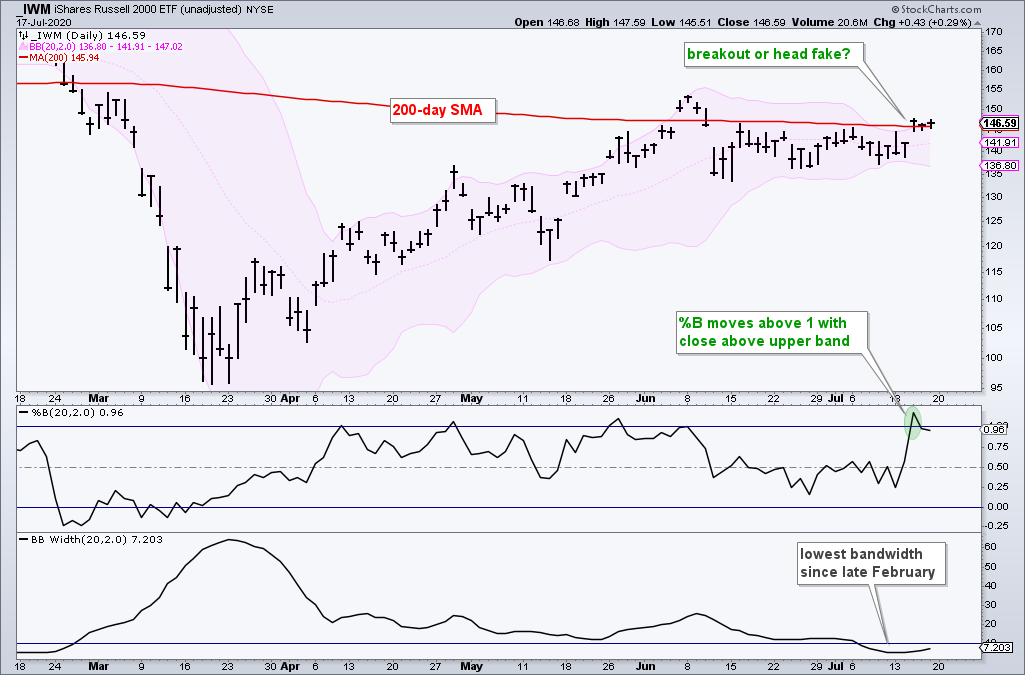 The chart above shows the Russell 2000 ETF (IWM) with the Bollinger Bands in pink, %B and Bandwidth. Notice that Bandwidth dipped to its lowest level since February as the bands narrowed in mid July. Price broke above the upper band and the 200-day on Wednesday and then stalled around the upper band.

Regarding the head fake, Bollinger notes that price often stages a short head fake move in one direction, turns suddenly and then moves sharply in the other direction (Bollinger on Bollinger Bands p. 121). This is not a prediction, but it is something to monitor in the coming days. The current breakout is bullish and valid until proven otherwise. Failure to hold the break and a break below the June lows would be bearish.