A Hockey Stick for Fed Assets 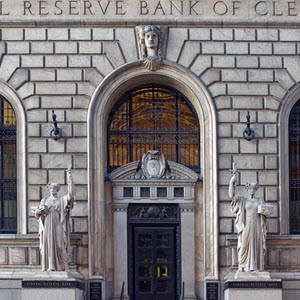 While I never read the FOMC statement or analysis of Fed speak, I do keep an eye on the Fed balance sheet by looking at Total Assets on the St. Louis Fed website. Whereas the Fed statement requires some serious knowledge of Fed speak to decipher, the Fed’s balance sheet is in black and white. It is either expanding, contracting or stable.

“Don’t fight the Fed” is an old adage popularized by the late Marty Zweig and this is some even technical analysts should keep in mind. Note that Marty Zweig was also a technician who paid close attention to breadth, among other things. 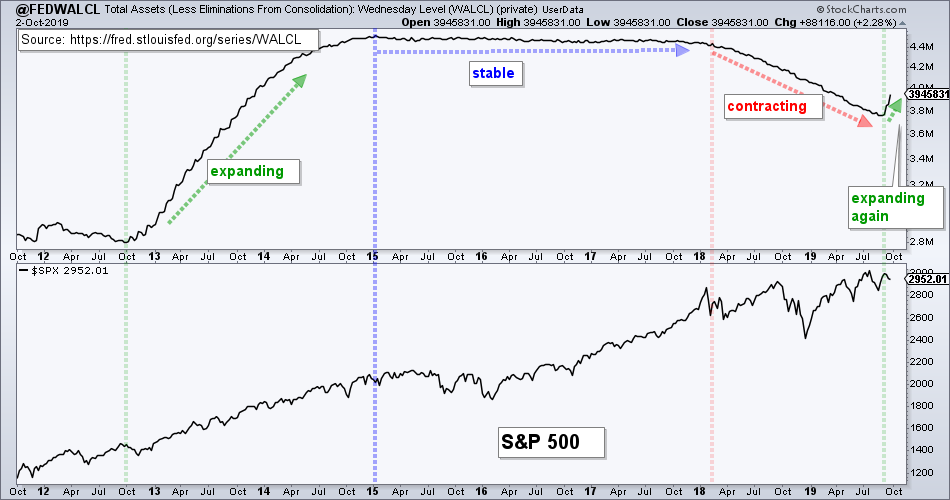 And now the hockey stick. The Fed’s balance sheet expanded the last five weeks straight with two of the five weeks marking the largest increases in years. The chart shows a clear hockey stick style chart with this sharp increase. Thus, the Fed is expanding its balance sheet again and I would not want to fight the Fed.

In addition to ‘”don’t fight the Fed”, Marty Zweig also said “don’t fight the tape”. Which is more important? I would suggest that the tape is more important and the tape is currently bullish. The S&P 500 is above its rising 200-day SMA, the 50 and 20-day SMAs are above the 200-day and the index is within 3% of an all time high. Thus, we have a bullish Fed and a bullish S&P 500.

Don't fight the Fed or the Tape!